Stefan Beutelsbacher discusses the ins and outs of quiet quitting. 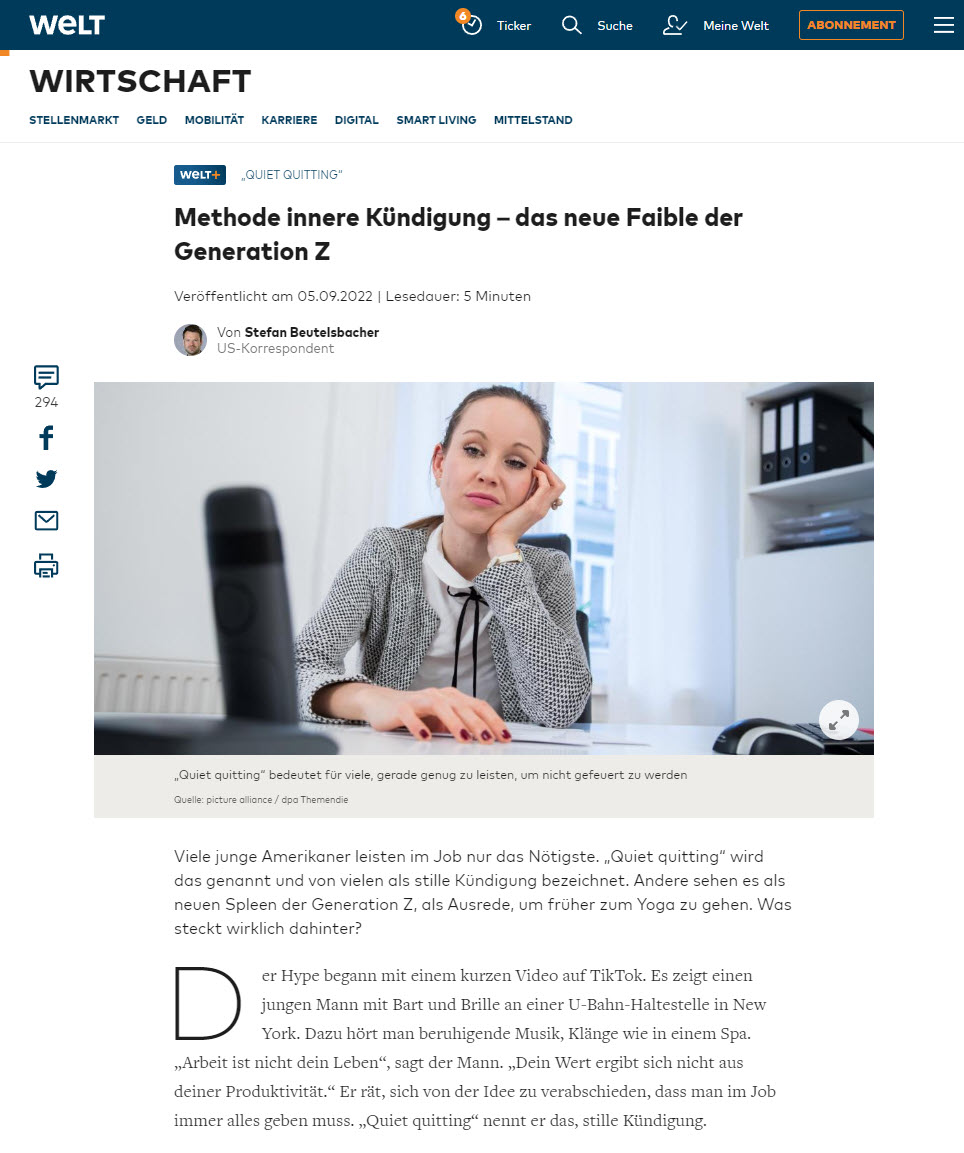 « Many young Americans do only the bare minimum on the job. This is called « quiet quitting, » and many call it a silent resignation. Others see it as a new Generation Z quirk, an excuse to go to yoga early. What’s really behind it? »
Stefan Beutelsbacher, US-Correspondent, researched the Quiet Quitting conversation and spoke with Koen Blanquqart on his views on this phenomenon. The article is behind the paywall of Welt (in German).

Blanquart runs a management consulting firm in New York and is considered an expert on the post-Corona work environment.

« But what leads to this quiet quitting? Blanquart sees several reasons. Problems with the boss, for example. A feeling of isolation in the home office. A salary that is perceived as too low. Or simply a lack of interest in the job. (…) »