You CAN organize remote and location independent work successfully 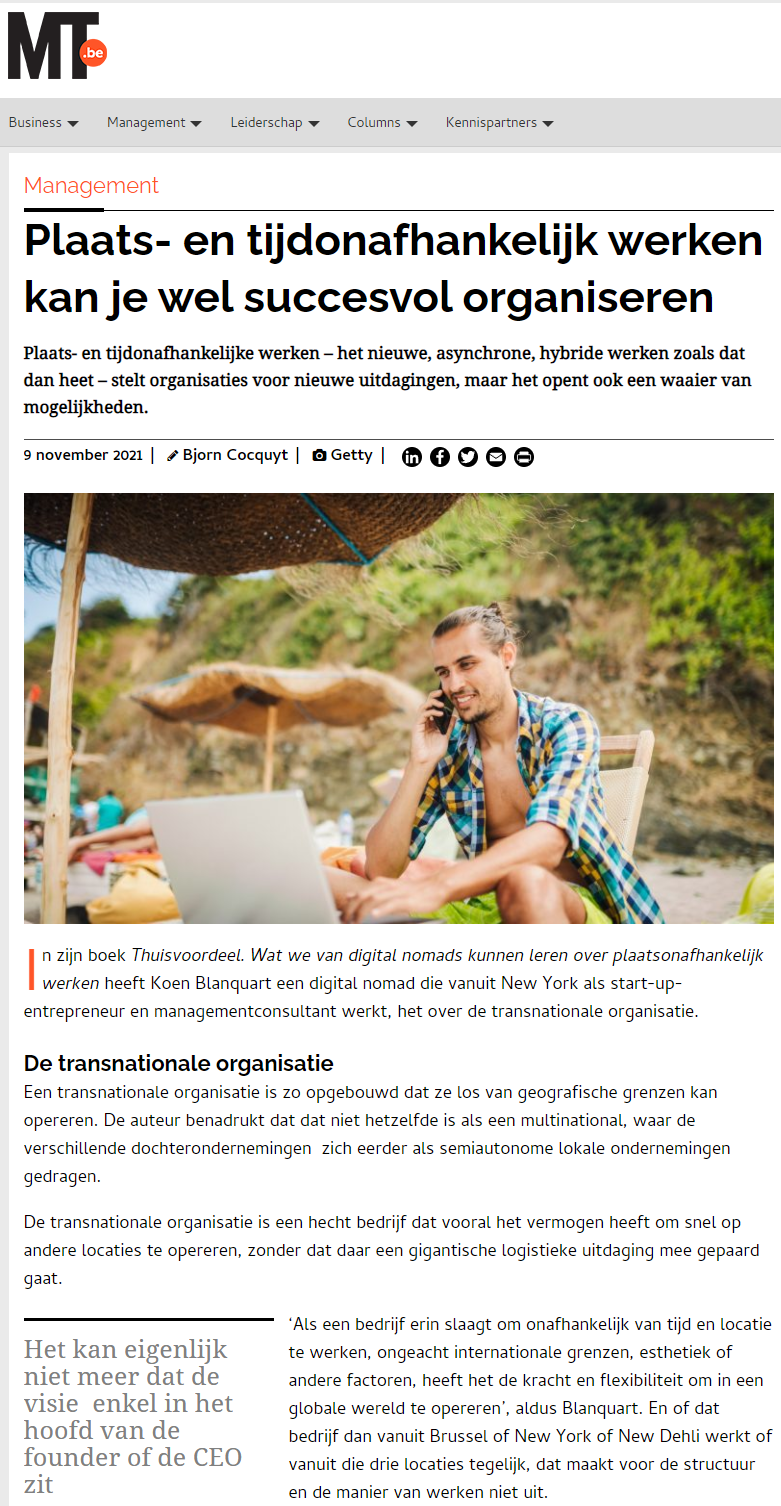 Bjorn Cocquyt wrote an article in MT.be about the concepts that Koen Blanquart defends in ThuisVoorDeel.

“The transnational organization is a close-knit company that, above all, can operate quickly in other locations, without a gigantic logistical challenge.”

Communicating a lot is not the same as micromanaging, Blanquart argues. Communicating about the achieved results, what people are working on, or even what is next on the schedule and not just communicating about who is working when and where is more positive than negative. As a manager, you should not be afraid to over-communicate. And especially don’t only communicate when something is going awry.

The article appeared on November 9 on MT.BE.

Stay up to date on Hybrid Work

Once a month, we’ll update you on hybrid trends, tips for your team, and events with Koen Blanquart